Business documentation — user manuals, employee handbooks, regulatory policies — is made more difficult when users are spread out geographically. It’s not just that they cannot clarify in person, it’s also that the information may need to be different depending on where it’s being utilized.

Take a retirement community’s policies regarding resident care as an example. Their locations, and their audiences, are spread across the country, coming under the jurisdiction of several different states. Each state varies slightly in certain standards, like frequency of room checks.

Rather than have a separate manual for Texas, and one for Florida, and one for Virginia, you should be able to simply personalize, or localize*, that information. One manual, several variables.

The value to having variables is that when one state changes, you simply update its variable. If something in the core policy changes, you change it once and update it everywhere. Good content management lets you do this (and more).

That’s a huge time-saving device. State laws, weights and measures, additional procedures for certain locations — all managed within the same core document, rather than having separate manuals for each audience.

(*Personalization, localization, and globalization are all different things, with different challenges. The solution, however, similar – enable variable content. That’s what I’m referring to here.)

Out of Sight, Out of Mind

Most people who use a business’s documentation manuals don’t have direct access to the experts who wrote them. While a student handbook might be directed to users in the same building as the people who wrote it, software documentation, franchise operations, and retirement center policies and procedures users are left to figure things out on their own.

If you’re not clear, if you’re not concise, they’ll have questions. Questions cost money. In the form of phone calls, chat technology, or angry users posting unflattering reviews, not giving users what they need to, you know, use your product costs more.

Consider how this affects those in other time zones. U.S. users on the West Coast may not be able to call a helpdesk after 3p.m. PST due to the office being closed. Audiences in the U.K. will have a difficult time reaching someone in California during business hours.

Documentation should be clear, concise, and get it right the first time. If it’s not clear in print, it doesn’t do any good to print it.

Some Tips to Help Get it Right

Effective content management starts with asking questions about how, and where, your users will access the information. 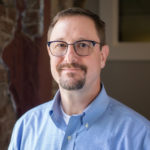 Bryan Garner is our Director of Content Strategy & Technology, charged with helping our clients create, distribute, and manage their content more easily and effectively. In an age where content management is a standalone science, Bryan brings his years of large-scale web content management experience to the worlds of franchising and emergency response documentation.